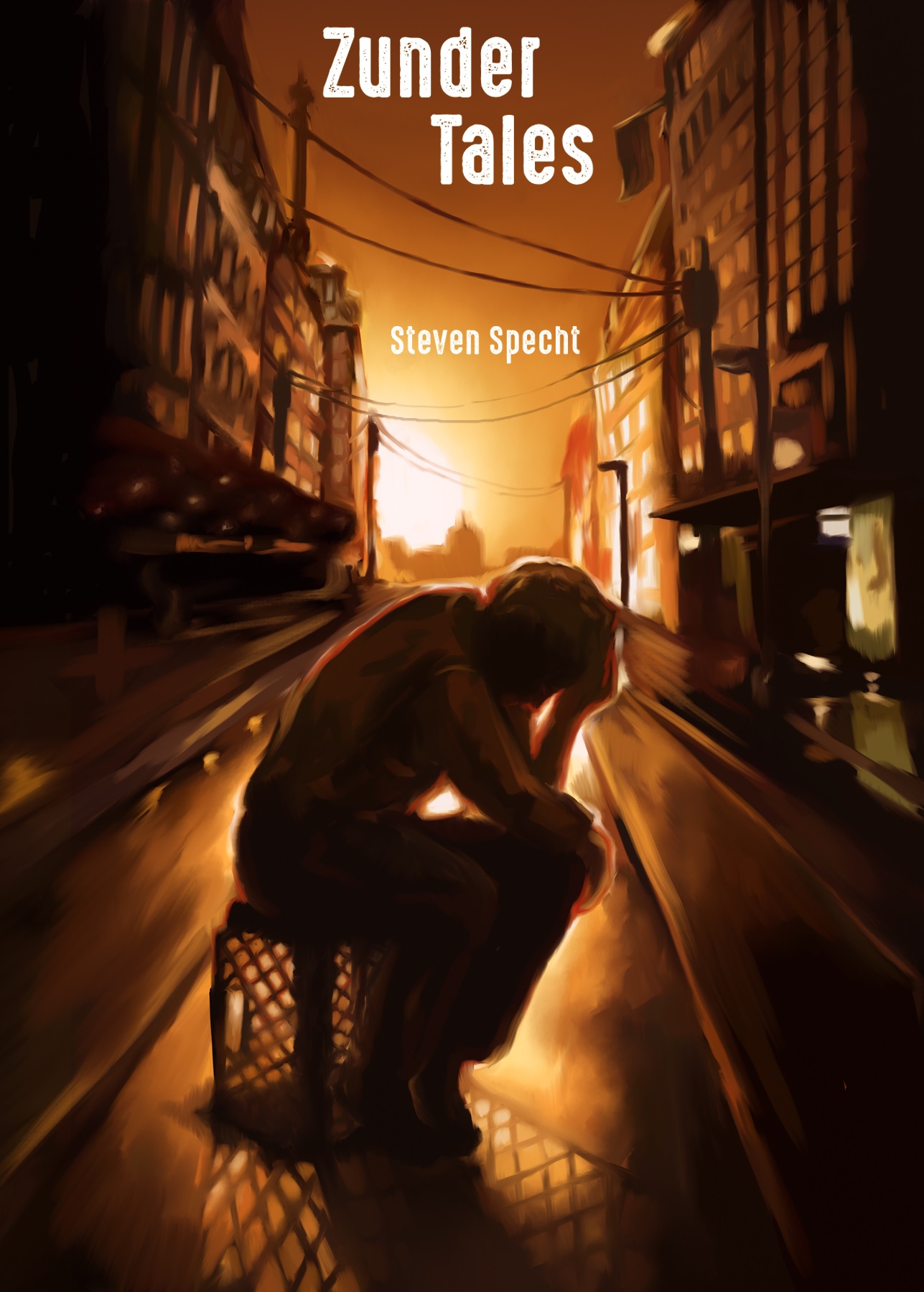 If you like this story, please consider buying the collection in the link at the end of the story.

As Racheal awoke, she automatically began caressing herself testing out the lay of the things. She always did this when adjusting to a new surrogate. A kicking of the tires so to speak. If one did not cancel in the first twenty minutes, the contract was considered ratified and no matter what became of the leasing period, money could not be refunded.

The inspection continued. She sensed she’d been here before and looked down at her forearm, noting the foot-shaped tattoo just above the wrist. Yes, she knew this body. It was a good body—more or less.

She looked around the room and recognized the layout. The shoes should be on the floor of the closet on the right-hand side. She couldn’t wait to hit the track and do a few miles. It was the perfect body for that. While under no requirement to do so, she spent a few minutes stretching out her legs. The moral hazard of the whole surrogacy program was that people could wreck a body, leave it behind for the real owner, and not really face any ramifications other than larger insurance payments. Racheal disagreed with that; if people abused the system too much, the owners would opt out, leaving behind less and less desirable surrogates. She was perfectly happy to take care of things; she just wished she could take advantage of the body with the foot-shaped tattoo more often. It was exquisite.

The hideous pink trainers in the closet were another thing. How could someone with such a physique care to adorn it in clothing so garish? As they say, there is no explaining taste.

She got up, made the bed, and stripped off the loose-fitting satin pajamas she was wearing. She walked naked across the laminate and opened up the drawers in search of some running tights, a sports bra, and some socks. She lay them carefully at the foot of the bed, walked to the closet, and slid it open.

Brown! Ah, the pink shoes had been replaced, finally, with something a little earthier and toned down! Her body must have been doing some trail running lately. That explained the soreness in the quads and the slightly heavier feeling she hadn’t quite noted until seeing the shoes and the red clay on them. This body just kept getting better and better.

The benefit of returning to the same body is that the memories created with that body stayed with it. While she would have only an incomplete recollection of what happened when she returned to her bedridden self in the coma ward. Like a copy of a copy of an original that lost its resolution with each transfer. That was how it was explained to her in her initial “Retrieval.” This was the name of the process for downloading the digital copies of memories into a donor body. It really was that simple.

Alzheimer’s research had revealed the coding of memories and through a series of brain scans, memories could be saved. It was of no help for Alzheimer’s patients as saving the memories on a digital format did nothing to stop the deterioration of the brain itself, and as much as the science fiction writers would try to make one believe, no one ever figured out a way to make a digital copy of a person, only their memories. While Alzheimer’s patients couldn’t benefit from the treatment, those with fully functioning minds but failing bodies could enjoy periodic vacations from their hospital bed by using a donor body. The only downside was that due to a loss of resolution between copies, it was necessary to return to the original body within a certain period of time to avoid a file decay that could actually take down the minds of both the donor and the origin body. It wasn’t an issue of storage capacity. Even attempts to give extra space in a cloud system didn’t work. Memories are just perishable when outside their respective neurons. Some things remain a mystery.

Racheal had been a college athlete once. The ability to get out and run in the 20-something-year-old body with the footie tattoo was exhilarating. This owner, Vaughn, based on the mail on the table, had the build of a track-and-field athlete, but it was clear she spent her time on longer distances, too thick to ever be excellent. Kids coming up now often had the benefit of a skill-spotting coach that did measurements and complex physical fitness tests between the ages of three and five to help parents understand what athletic events (if any) they should push their child toward. If a child had no depth perception, why make them try out for baseball when that time could be spent on something they might actually excel at? Vaughn had the heart of a middle-distance runner and the legs of a pole vaulter. Such is life.

But the legs worked for Racheal, even if she needed to wear spandex to account for them, and as she bounded down the sidewalk toward the city park along the river, she put her mind into moving like she did in college, when she set a school record in the 6,000-meter and her team won the national championship. The body responded, grudgingly; she backed off. Mind over matter is something mediocre parents tell their mediocre children. The mind can make you good, but Vaughn would never be setting any records.

It was still a good body, and as Racheal slowed down to a more reasonable pace she felt the endorphins rising. The real stuff felt so much better than the synthetic stuff they gave her every 24 hours in the hospital room. She looked down at the watch and began to turn back toward the apartment. While she would love to do a nice 10-miler, time was limited, and she wanted to further take advantage of this body while she could.

Racheal had lived a good life after college. She settled down with a shot-putter. They’d had children and watched them grow up to have their own children. She’d been just a few years too old for the gene therapy treatments which could have staved off the muscular degeneration that left her trapped in the shell. She could end it if she wanted, but these weekly visits to the donor bodies were less expensive than you’d think and her automated socialism payments more than covered that, as well as her living expenses at the hospital. As long as life retained some joy, she could save up her social security payments, which had steadily increased. As long as she could get out every now and then, there was no sense in ending it. Her grandchildren could live off the fortune amassed if she held on just a few more years. She’d actually visited with them using a donor body. They were nice boys.

She was back at the apartment, only a little more than half an hour remaining in this session. She turned on the hot water in the shower, undressed, kicked the spandex and the sports bra into the washing machine for a short cycle and put the shoes back where she found them. She admired the body in the full-length mirror on the back of the closet door. The bustiness, the roundedness of femininity, the well-manicured … It was odd to look out with one’s own consciousness yet see a body that was not hers in any permanent sense. She imagined for a moment that she was in one of those tourist traps that charged an arm and a leg to take a picture in old-timey clothes or put your head in the hole of a plywood cutout to see what you looked like as a bodybuilder. Except, it was still your face in the old-timey clothes or poking out of the cutout. Here she looked out through eyes that were not hers at a face that was beautiful and not hers and at a luscious, curving body that was not hers …

The whole body began to tingle as she grew overwhelmed with arousal, stumbling into the bathroom and entering the shower which flooded steam into the room. The water was scalding as she reached for the handle to turn it down and then testing the temperature once more before removing the shower head and shoving it against her groin. She toggled between the different settings before settling onto a pulsating burst of water half an inch in diameter and turned it so that it faced downward, smacking against her clit.

Despite being right-handed, she had always masturbated with her left back when she could. She used her left hand again this time out of instinct, having no idea if Vaughn was left-handed or right-handed. It was working fine as she placed her hands over the top of the clit and ground up and down and pinching it between her fingers, adding to the tumbling sensation of water.

The first orgasm she’d had with a donor body was like the first orgasm she’d ever had. She relived that flash of lighting and confusion that could never be duplicated, no matter how many times she tried. Her first time had been while straddling a pool noodle at a picnic the summer before her freshman year of high school. At first, she thought she’d been hit in the back of the head, what felt like her heart stopping for just a moment and her vision narrowing before her legs involuntarily shuddered. An observer would have thought she had just gotten cold in the water.

The shower water was warm, but her right leg was still dancing beneath her in a spasm. She had not used Vaughn’s body this way before but the sensation of having seen her in the mirror could not be shaken. She had never been attracted to women, so it felt odd that she would be turned on by a reflection of the donor body in a manner that transcended sexuality. She was attracted to the image of what she could be or what she might have been, or what she might still be. Oh god, it felt good; she just needed the right combination of water before …

Racheal lay trapped in her bed, just the same as before. The download of data had been completed, the memories of Vaughn compartmentalized and scrubbed so that nothing would remain of her ego except the two hours spent that afternoon running and masturbating. The memory was real and the memory of the sensation was real, and it made no difference that her current body survived only through the pumping and prodding of artificial life support. She would stick around a little longer and wait for another chance to borrow Vaughn’s body, the one with the tattoo shaped like a foot just above the wrist. The one she’d rubbed against herself. Or Vaughn’s self. She wasn’t sure anymore.