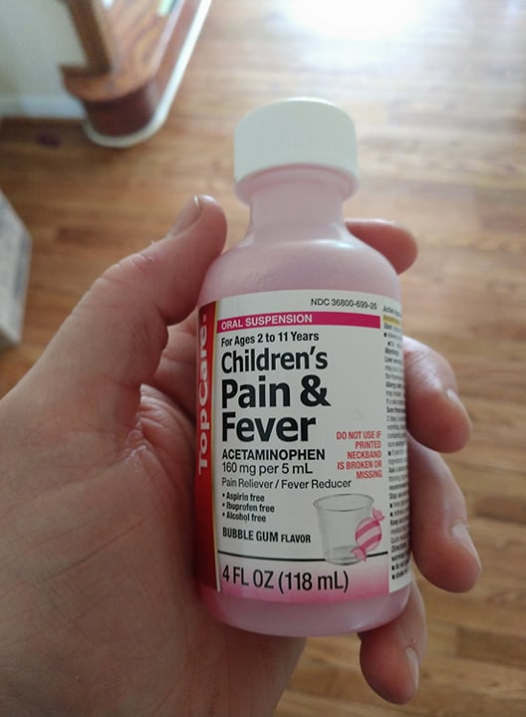 Lauren and I had been back from a date night for about five minutes. We had paid the sitter, and she was packing up. I walked toward the nursery ready to put Wolf to bed. Bear was already asleep.

I turned the corner and caught Wolf sucking on the end of a bottle of liquid acetaminophen.

I didn’t really miss a beat.

“Give me that please.”

“[Sitter], can you please stay a few extra minutes?”

“Here Wolf, [Sitter] is going to read you some stories. Can you sit with her?”

I didn’t want to excite Wolf. Having no idea how much he had consumed, I knew that getting him excited would just increase his metabolism. If this was going to be a trip to the ER, I wanted it to be a calm one.

Poison control was on the line immediately.

[Speaker Phone] “What size is the bottle?”

“How much in milliliters?”

“Was the bottle full?”

“No, we have been using it for a while.”

Bear the youngest had come down with a fever and Wolf had been teething, so we’d been judiciously dishing out 2 and 5 milliliters for the last couple days. And I’d used it previously for a couple days in an earlier round of teething. The cap was off, because it’s hard to hold a kid in one arm and fill a syringe one-handed. One of us had gotten careless and left it low enough that Wolf had gotten ahold of it. Of course, the fact that it tastes like bubble gum hadn’t done us any favors.

“How much do you think you’ve used?”

[Lauren] “You’ve been giving it to them.”

“Okay, next we need to find out how much is in the bottle. Do you have a syringe?”

The syringe was 5 milliliters, and we gradually emptied out the remainder of the bottle—counting in fives with the poison control specialist. As we counted, I was doing the math in the back of my head. There was no destination in my mind as I added, because I really had no idea what constituted a toxic amount of acetaminophen. The math was merely a security blanket, something tangible to cling to as we counted.

The entire episode could not have been more than 10 minutes on the phone, but time stood still and I had a zillion thoughts running through my head, aside from the counting and the math. Mostly, I was amazed at the poise of my wife in all of this. It was a reminder of why I’d married her and wanted to procreate with her.

We bicker constantly about little things. We are both strong-willed people, so neither is willing to cede ground when it comes to the appropriate measurement of coffee grounds for the morning brew, or just how many pairs of shoes in the living room constitutes me being a slob. But in those moments of counting, she was as cool as anything.

We met in a war zone. We are both professionals in a classic sense, she in the medical career field, I an attorney. The witty thrusting and parrying of our first few months were just sounding out our values, making sure we had learned from each of our previous marriages. She’s a keeper.

As it turned out, it’s pretty difficult for a child to suck acetaminophen through the tiny hole designed for a syringe. All total, he’d had about 15 milliliters. It was a lot, but not enough to constitute an emergency.

“By weight, the livers of children can recover more quickly than an adult. Push fluids and keep an eye on him, but unless he is showing signs of jaundice, you don’t have anything to worry about.”

With a sigh of relief and exhaustion, we thanked the sitter and said we’d pay her for the extra time in the following week.

I kept Wolf up for an hour, encouraging him to drink and dilute what he’d consumed. Tragedy never came, and Wolf never really realized just what had transpired.

All in all, it had been a pretty good date night.