Give Screens a Chance 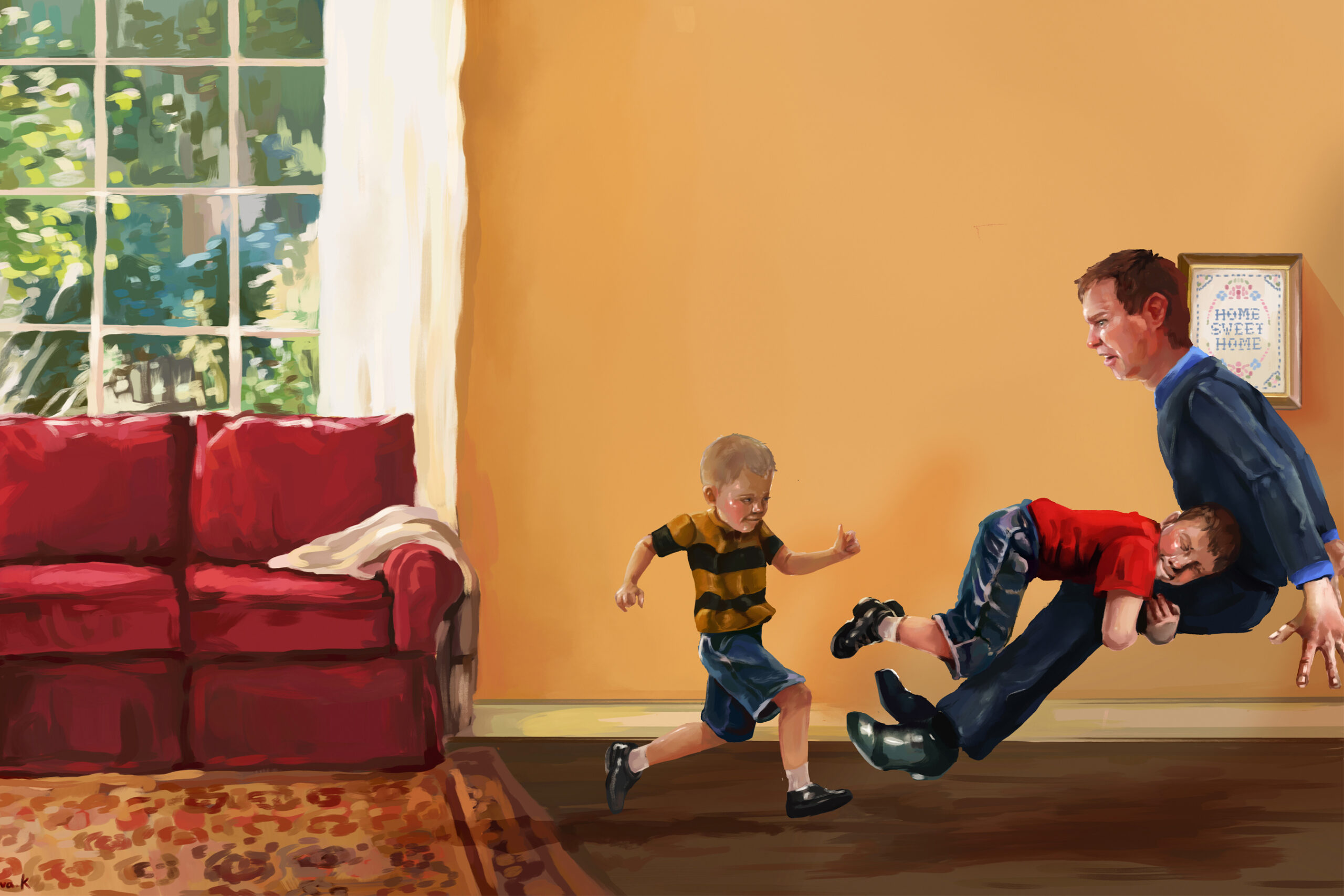 Give Screens a Chance

I was a perfect parent before I had kids, filled with high-minded and well-read ideas on parenting.

Three-and-a-half years into this, I can say I’m a halfway decent parent, but I may or may not have been wearing socks when I dropped my kids off this morning. I definitely did not shower.

But I get tired of fielding the non-sequiturs:

“Alright, let’s go look at birds.”
“Daddy, is it dark outside?”
“Yes Wolf, it’s dark outside. You can see outside the window. You don’t need to ask.”

And I get tired of the inability to establish correlation:

When I’m at my wits end, or I just want to know that I don’t have to worry about a child wandering outside while I bring in the groceries, I will happily hand off my phone to get a moment’s peace and security, or to spend some sorely needed intimate time with my wife who feels the same way.

What I’ve noticed in my desperation is just how much my sons are learning from their screen-time. Each week, I’m treated to a new phrase that I know was picked up from watching my phone. Over the weekend, I was treated to an in-depth lecture on the ability of Penguins to swim rather than fly, because Penguins have flippers instead of wings. This didn’t come from me, and it didn’t come from school. Wolf picked this up from watching a free clip You Tube of Elmo’s World featuring Penguins.

And while the perfect parent Steve (who didn’t have any kids) would say, “if I do let them watch something, it will only be something educational” I will freely admit that my son has been known to watch, Disney and DreamWorks [GASP!] on a fairly regular basis. Elmo is great. Elmo is good. But Elmo refers to himself in the third person and may or may not have a severe psychological disorder. Both I and my sons get tired of listening to Elmo.

So, as a result, my son knows that Ogres are like Onions and Onions have layers. He also is able to recognize the penguins in Mary Poppins, compliments of Elmo, so the knowledge has come full circle. He also does one hell of a chimney sweep dance.

But the most important thing they have learned from screen time is that we don’t need to be afraid of monsters.

Night after night, Wolf had woken up screaming about a monster in his room. I’d tried everything I could think of to get rid of the monsters, or at least contain them. We would do full inspections of his room, demonstrating that there were no monsters under the bed or in the closet. I’d stationed our pet Labrador in the room, assuring my son that he would protect him and eat any monsters that became a problem. I’d even taken a cue from the movie Major Payne and gone on a hunting expedition, to shoot the monsters with a pop gun. Nothing worked.

So, on a whim, I had him watch Monsters Inc. If you are unfamiliar with the movie, it is a Pixar Animation film with protagonists working in a factory to harvest the screams of children for energy production. Without spoiling too much of the film, the crux is that monsters are actually really nice and the laughter of children produces far more energy than their screams. After watching the film a few times, Wolf was more resolute in his acceptance of monsters. Before he goes to bed, he says, “there are no monsters in the closet and monsters are our friends.” And while he has woken up for other things, not once has he woken up screaming about monsters.

I’m sure future father Steve will have some choice words for current father Steve about screen time. I fully anticipate that when Wolf studies Greek mythology, he will insist on calling cyclops Mike Wazowski and he’s already rudely pointed at baby at daycare and shouted, “look, a human kid.”

I’ll deal with that as it comes, but I’ll do it on a good night’s sleep. And maybe a shower.