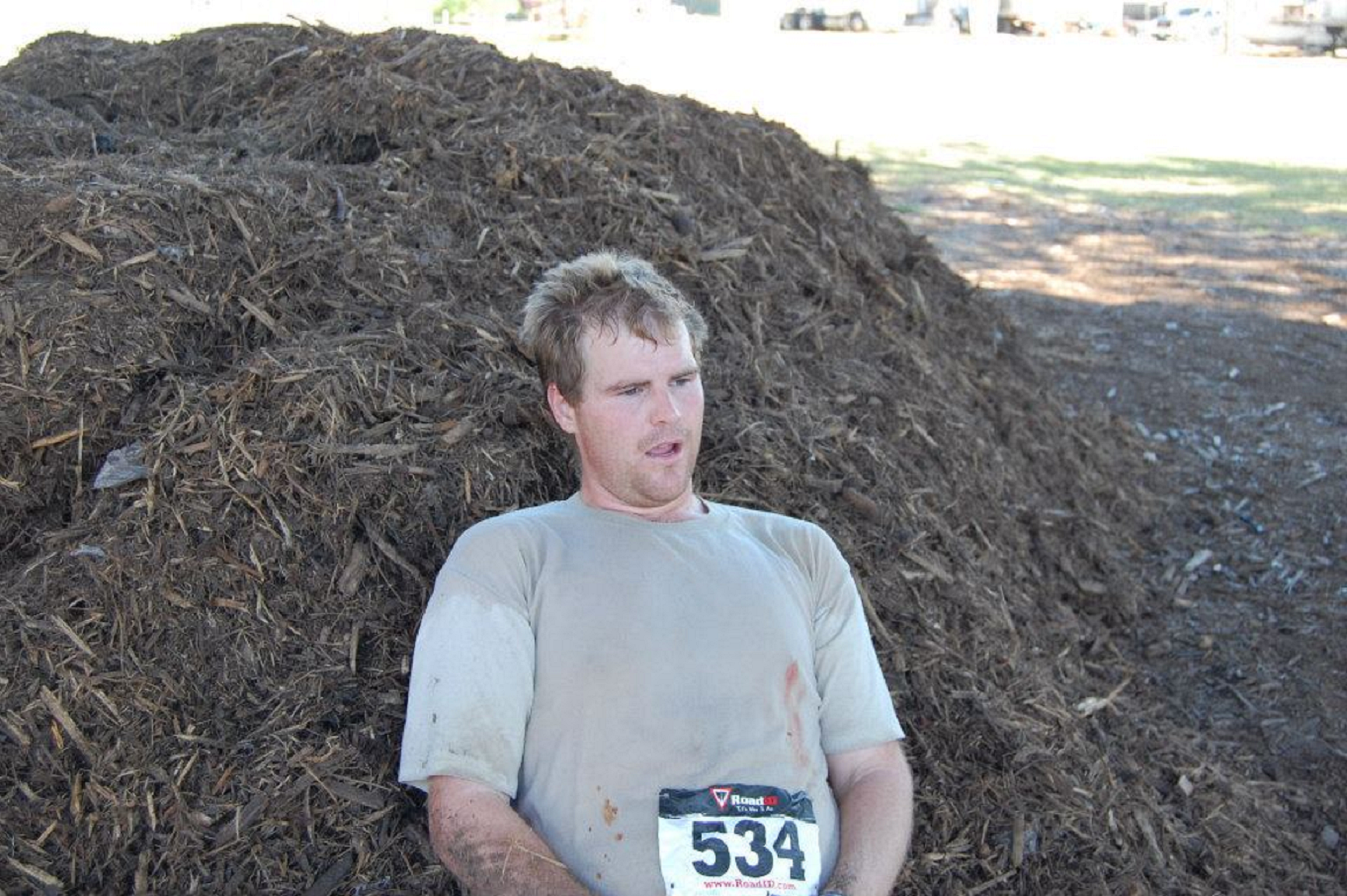 This is an excerpted chapter from my nonfiction work I Suck at Everything. If you like this excerpt, buy the book at the link below.

With four degrees under my belt and parts of two more, I have always fancied myself an intellectual, but in reality, I’m just really good at falling into rabbit holes of banality.

It usually starts off innocuously. I’ll hear a nonsense song on Pandora and look to see who it is.

“Oh, the Decembrists. I’m not familiar with them. Let me go to You Tube and hear more of their music.

After twenty minutes of learning the lyrics to their best-known song, Sons and Daughters, I realize that in addition to the lack of familiarity with their music, I also know little about their namesake.

“Huh. Interesting name. The Octobrists were a Russian revolutionary movement, I wonder if the Decembrists were too.”

This of course prompts a visit to Wikipedia and a chain of hyperlinks as I absorb information at random.

“Ah, 1825, interesting, so they were way before the other revolutionary movements in Tzarist Russia. Nearly 100 years before the Octobrists.”

My dog wanders in to see who I’m talking to, but I’m just talking to myself. Having even less knowledge of 1800s Russian political movements, he goes back to sleep.

I’m not just content with the knowledge, I need to apply it to hypothetical settings where it might come up. I begin a sort of shadow-boxing in the mirror, pacing back and forth and laying out the framework for an argument I will almost certainly never have.

“They weren’t Marxists! Well given that Marx was born in 1818 I find it doubtful that a seven-year-old Marx living in Prussia could possibly have been involved. They were more analogous with the revolutionary movement in the American colonies than with anything in Das Kapital!”

This shadow boxing stresses him out and if I don’t do something to calm him down, he’s going to flip the garbage can.

Having a day job can reduce the likelihood of this shadowboxing but as I have been working from home for the last two years, there is little to restrain me. When my wife calls for a lunch-time check-in, I have accomplished nothing for the day and have to come up with some half-truths to avoid the fact that I’ve spent the morning on Wikipedia or arguing with myself while naked in the bathroom.

Hanging up the phone, I realize that there is no time to build the gate for the backyard that I promised to finish two weeks ago. Instead, I shave my bush to convince her that I’m a trophy husband.

This is what happens when you keep rewarding potential with participation trophies.

It’s even worse when I get on social media and respond to memes with actual research.

Meme: If an N95 mask can’t stop a fart, how can it stop coronavirus?

Me: Well, that’s a really great question. Fart smell comes from a combination of methane and hydrogen sulfide. A methane molecule is approximately one nanometer across. I can’t find the specific measurement for H2S, but water has a similar atomic structure and is measured at .27 nanometers. Conversely, viruses are usually a minimum of 20 nanometers with COVID-19 measuring a whopping 120 nanometers. So far smell is less than 1/100th the size of COVID-19, meaning that a virus can be stopped, even if a fart smell cannot. Never mind the fact that COVID-19 is carried through water droplets which are measured in micrometers.

Everyone: It was a joke asshole.

Perhaps the most annoying thing about such online procrastination is I will actually back up my arguments with credible sources as if someone’s Facebook wall is a peer-reviewed journal.

Meme: There are no white people in the bible. Take all the time you need to let that sink in.

Me (after 20 minutes of research): Well the New Testament had a lot of Romans who would probably qualify as white by modern conventional standards. Gallus was from Spain and in this JSTOR article, it references the appearance of Emperor Tiberius as having blue eyes.

Everyone: I can’t believe you brought a JSTOR article into a Facebook argument.

My ability to waste time rises to epic levels when it comes to scam artists. My goal is to keep them on the phone as long as possible. Usually, I can only drag it out for a few minutes, ten if I’m lucky.

The most recent ones have been Indians offering to lower the interest rates on my credit cards. Sometimes I’ll just do a caricature voice and ask them stupid questions. My favorite incident was while driving with my mother. Realizing that I didn’t actually have a Capitol One card with a $1 million limit, the scammer told me to shove it up my ass sideways.

None of the above compares to the day I met Ronnie Calvin.

The summer after I came back from a year in Afghanistan, I was flush with cash and house-sitting for my parents. With no bills to pay, I spent the summer working on a nonfiction book titled Notes from Afghanistan and studying for the LSAT with the plan to go to law school the following year. An old buddy of mine, Andrew, was in town visiting his parents so I planned on spending a day up there goofing off. We were finishing up breakfast when the phone rang with the name “Ronnie Calvin” on the call ID. Andrew answered it and put it on speaker phone.

“Hello, this is Ronnie Calvin, I am calling from the Refund Department and we are calling to let you know that there is an error in your social security payment.”

I looked up at Andrew and silently mouthed the words “keep it going.”

“Social Security payment? How much is the error?”

“We owe you $5,000, but you will have to send a wire transfer so we can verify your bank account and make the deposit.”

For context, Andrew is probably the best bullshitter I’ve ever met. I can’t count the number of times he’s punked me and sat back to laugh at a righteous tirade on my part. It was nice to be on the winning side for once. I was feeding him possible angles of approach to keep the phone call going on as long as possible and he was the front man for our counter-scam operation.

“What is a wire transfer, I’ve never done anything like that?”

“You go to Western Union and you make the transfer. Here is the number.”

It was a Dominican Republic country code, but we rolled with it.

“This is interesting. Is the government outsourcing to the Dominican Republic?”

“Then go to Western Union and make the transfer.”

“Where is the Western Union?”

“Give me your address and I will find the closest one to you.”

No way in hell were we going to give his parents address, but Andrew and I were eating lunch down the road at a Beef O’Brady’s down the road. I remembered the address and scribbled it down. Making the guy verify each number and letter. It was agonizing to listen to.

“Oh, I still have some more numbers.”

Andrew and I had once performed a Who’s on First routine together in middle school, so we were in rare form as we spent about 10 minutes dragging out a bullshit address so a scammer could give us a Western Union address.

“Yes, this is the one closest to you.”

“I could get some lunch while I’m out. I feel like tacos. What kind of food do you like?”

“Sir, I am with the government, the food I like is not relevant to this conversation.”

“You are with the government? I thought you were with the social security administration.”

“Never mind that. I need you to go to the Western Union and get the green form and you fill it out and you send $100 and you get your money.”

This was the first time that “Ronnie” had lost is cool but he wasn’t giving up.

“Yes, call me when you have done this.”

“Call you at this number you are calling from?”

“Okay, I’m going to go to the Western Union down the street and…”

You get the point.

After half an hour Ronnie calls us back.

“I was waiting for the call.”

“My friend was supposed to pick me up and he never came. I’ll have to walk down there now.”

“Don’t fuck with me man. You want the money or not?”

“Of course I want the money. I just don’t have a car. Man, with $5,000 as a down payment I bet I could get something nice. What kind of car do you drive.”

This was the first time that Ronnie lost his impeccable English by saying “that is not the matter,” so he was clearly off script at this point. We were then transferred to a polite woman named Tina who continued the scam. She had a nice radio voice, but she was clearly she was second string and Ronnie had been pulled out of the game entirely.

We kept this going all day. Here are some highlights.

“I went to Western Union and you weren’t there so I had to come back.”

“Oh, it was the green form. We used a red form. What does the red form do?”

“What happened to Ronnie, is he going to be okay? Can we send flowers with Western Union?”

We kept calling back over the next two days until “Tina” begged us to stop calling. On the third day the line went dead.

If you ask me to do something, I’ll probably squeeze it into my very elastic schedule, listening to Decembrists and trolling scam artists.