Ted and the Big Bird 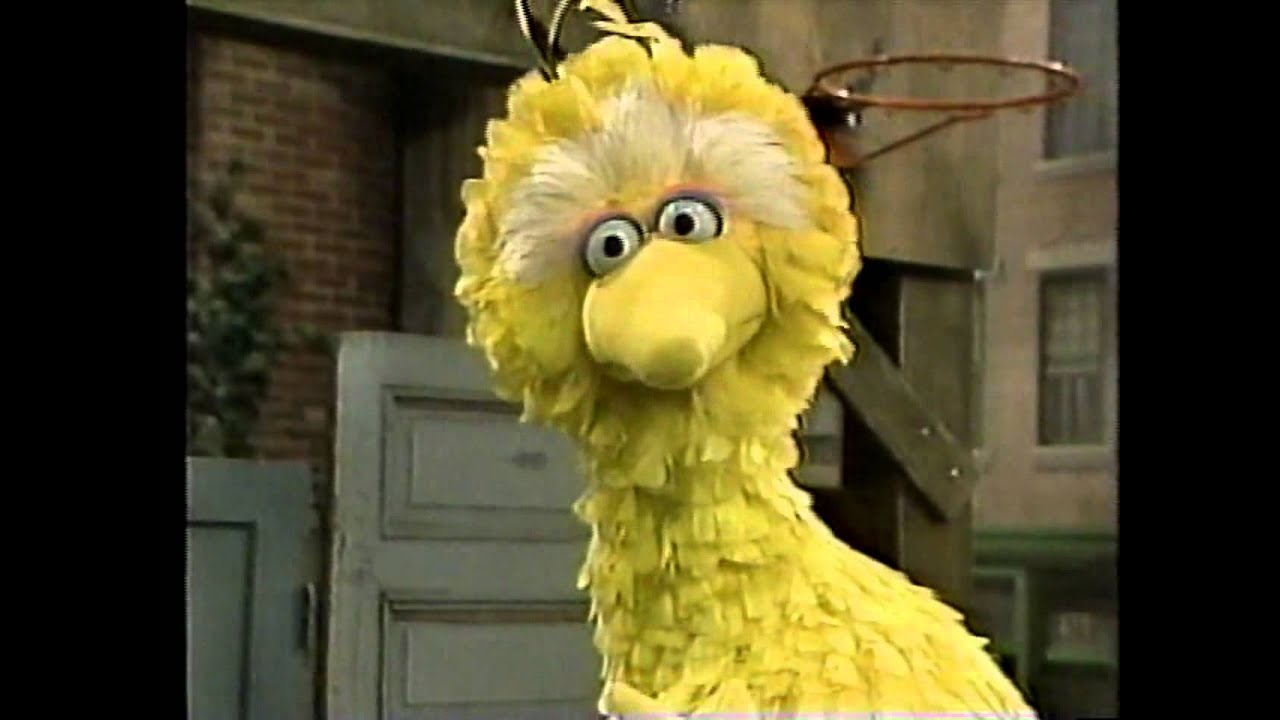 Ted and the Big Bird

It’s been said that “you don’t change Texas, Texas changes you.”

Granted, it’s not a quote you might attribute to anyone famous because I just made it up for the sake of this ridiculous short story.

I mean, I’m sure someone somewhere has said it.

Two of the results are duplicates, so that exact phrase has been uttered at least twice before I put it down in a Word Document while writing this story.

One of the places is an AR-15 forum and that makes perfect sense; we’re talking about Texas, after all.

I searched again with a semi-colon, just on the off chance that someone was literate enough to not use a comma splice.

Same three results with two of them duplicated.

So, I can accurately say “it’s been said that ‘you don’t change Texas, Texas changes you.’”

I promise no more nested quotation marks in this story.

Texas is a place where someone with seemingly no Hispanic heritage whatsoever adopts the moniker “Beto.”

It’s a place where someone with a distinct Hispanic heritage goes by Ted instead of Rafael.

This is a story about Ted.

There are of course plenty of stories we could tell about Beto but Beto didn’t fight a Cassowary.

Ted was a worldly man, at least by parentage. His birth in Calgary, Canada was the product of an American citizen and a Cuban exile. He once travelled to Cancun to avoid a Texas cold snap that took out power for half the state and killed a bunch of people either from hypothermia or breathing in the carbon monoxide fumes from charcoal grills they brought into their living rooms.

Ted has many leather-bound books and his apartment smells of rich mahogany. He’s a big deal.

Ted has a thing for birds.

If you are unfamiliar with Big Bird, he’s an 8-foot-tall yellow bird on a children’s show called Sesame Street. At the height of the pandemic, Big Bird, who himself is only six-and-half-years old, announced to the world that he had been vaccinated and urged other kids to get vaccinated too.

Ted was not amused.

Whatever Ted Thinks, he Tweets.

Ted Cruz has always been kind of a shit stain in the American political scene.

If you Googled “top ten worst moments of Ted Cruz” the Big Bird debacle is probably on it, along with fleeing Texas for Cancun while a hundred people froze to death.

Holy shit, it’s not in the list of his worst 10 moments. Granted, the article I pulled up from the Dallas Observer is dated March 15, 2021, nearly eight months BEFORE he attacked Big Bird. However, flying to Cancun in a deadly blizzard did NOT make the top ten and that’s arguably worse than picking a fight with a puppet. That’s how awful he is.

Ted Cruz is so bad that former Speaker of the House John Boehner once referred to Ted Cruz as “Lucifer in the flesh.”

I mean John Boehner is no peach either but he’s downright likable next to Cruz.

Look, I’m breaking the fourth wall a lot here, but in such a weird story, weird techniques are necessary.

If it’s annoying, move on.

But the Big Bird fight got me thinking. Maybe we could get Ted Cruz to fight a Cassowary. Convince him that a Cassowary is threatening the people of Australia and only Ted Cruz can take down the big bird.

In some ways getting Ted Cruz on board with this wasn’t as hard as you might think. Ted Cruz was already in a war of words with Australia on Twitter.

Beginning in October of 2021, along with conservative activists like Candace Owens, Ted called COVID-19 vaccine mandates a form of tyranny while comparing Australia to Texas. Hell, Owens compared Australia’s government to the Taliban and suggested liberation with American boots on the ground. It was a wild October.

With Ted, mentally prepared to fight for Australia, we started our letter writing campaign.

You’d be surprised at the Aussie sense of humor. When I told some mates in the bar that I was baiting Ted Cruz into fighting a cassowary, they were in.

We sent him some educational resources on the Emu War. (It’s a real thing.) I guess this was just to put the idea into his head that one could battle with birds.

Then I had them all write letters about how the government of Australia had secretly been infiltrated with Cassowaries and Emus.

We had a digital designer friend of ours doctor some images of Australian politicians to make them more bird like.

For some it was easier than others.

For example, the Queensland Health Minister, Yvette D’Ath already looks like a bird. It’s important to note that Queensland is where the Cassowaries live naturally. We just painted Yvette blue. We put dozens of these doctored images up on the Wikipedia pages for several minor politicians whose pages don’t get monitored all that much.

Clearly, we had an effect on Ted.

You could see a subtle changes of his Tweets in December of 2021.

So, we upped the letters from 10 a week to 50 a week, begging for help against the “Cabal of Cassowaries” that had taken over Australia and were holding Australians in bondage.

He announced a visit to Australia (coinciding with a Texas power blackout during a nasty heat wave).

We had a “rebel leader” named Morgan Trent set up the visit with the Minister D’Ath as the first target of Cruz’s war with the birds. Honestly, we thought he’d chicken out (no offense intended to the noble fowl). But as we drove north toward a Cassowary sanctuary on the Cape York Peninsula, it was clear that he was there to liberate us.

“I feel like this is the Alamo, you know?”

He went on in his high Texas drawl.

“Like, if I die, it will rally the cause. People will come here and say Remember Cruz! Remember Ted!”

It was then I realized just how stupid the man was. I felt a little bad but once you have a prank going you just have to run with it.

They pulled up to a back gate of the sanctuary, next to the pen of a lone Cassowary. Cruz’s hand shook slightly.

“It’s the tension; I haven’t felt this much of a rush since I told Mr T he was bizarre for wearing a face mask.”

I opened the gate. Morgan was there. He was the rebel leader who had “cornered” Minister D’Ath.

Ted hesitated when he saw the cassowary locked in a pen. It seemed unsportsmanlike.

The senator walked forward. We are in the dry season here in Queensland. A cloud of dust rose from beneath his ostrich-skin boots, chosen symbolically for man’s triumph over bird.

He walked up to the Cassowary that was nonchalantly ingesting an entire pear in one bite. Such a magnificent creature. Truly.

Ted shouted at the bird.

The cassowary was not paying attention to Ted’s question.

This was partly because she was only accustomed to the Brisbane accents of the employees who ran the sanctuary. She did not recognize the threatening tonalities of the Juan Wayne interloper swaggering before her.

The bird was also not paying attention because it found Ted’s wrists intriguing. Two watches? No… the one on the right hand was a fit-bit. The TAG Heuer watch on the left caught the light in an appealing manner and warranted an investigation. The cassowary liked shiny objects. If Ted Cruz were the type of person who tried to find commonality rather than difference, the two might have even become friends with a shared affinity for shiny things.

Ted took what he perceived as the bird’s indifference the wrong way and made a swipe at its head.

The bird ducked out of the way before pecking at the wrist watch tentatively.

At the physical affront, Ted visibly bristled. We realized that maybe we had taken things too far and tried to walk him back. It was not too late for him to back out of this foolishness.

Morgan spoke with urgency in his voice.

“Senator, it’s all a joke. Cassowaries really aren’t in the government!”
“Don’t be afraid fellas. This is just like Green Eggs and Ham. Sometimes you just have to take a stand!”
“Mate, I don’t think that’s the moral of the story in Green Eggs and Ham!”
“The hell it aint!”

He took another swipe at the bird with his left hand. Clearly, he had read about some boxing techniques of leading with a jab to test out an opponent but he swung as a man who has never competed in an athletic event in his entire life. It looked less like a jab and more like someone deathly allergic to bees trying to swat one out of the air.

The cassowary was nonplussed.

“That watch though,” it appeared to think.

I’d like to make the story longer. God knows it would make for better word count.

The spurs on a cassowary are four-inches long.

The cassowary is normally a peaceful bird, resorting to violence only when the assholery of a human crosses a certain line.

When Ted started wind-milling his arms like a cartoon character, the cassowary had become bored with it all. It kicked up, slashing Ted across the wrist of the left arm; it cut deep, severing veins which oozed out a dark purplish blood. Ted staggered back.

The bird slashed again, spilling Ted’s intestines on the ground.

His last words were “the price of freedom.”

Well, his last words were kind of a gurgling mumbling sound but the last intelligible words were “the price of freedom.” Freedom was definitely articulable. I think was going for a William Wallace feel.

The cassowary looked at me, then at Morgan, gauging our perceived threat level. It moved forward, bending down, pecking at the TAG Heuer.

We were flabbergasted. What do you do with the body of a sitting US Senator who picked a fight with a cassowary?

Well… lots of crocs in Queensland.

The above story will be in a collection of short stories out sometime in the summer of 2023 2022. If you enjoyed it, please consider buying my other collections available in the embedded below.