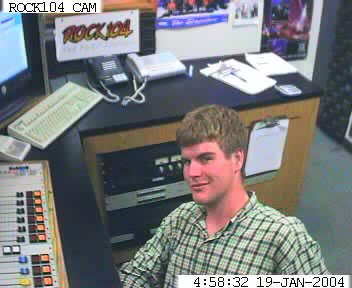 I originally wrote this for my high school newspaper for April Fools in the spring of 2001. I used it again for a column I had in the Air Force ROTC Detachment Newsletter at the University of Florida.

Here is another of my rare but serious articles.

The Causes
The first cause is expanding population. Italy, being a country with many rural acres, believes it still can grow out rather than up. So over 300 acres of spaghetti are destroyed every day just to make room for more housing developments.

The second cause is the fact that Italy is a barren country with little to export. The only things that Italy has ever successfully exported were fascism, rocks, the Mafia, sand, and spaghetti. So really, since fascism is now kind of a no-no, and we can get our rocks and sand from Arizona, New Mexico, and Colorado, and because we already have plenty of Mafia, we really cannot buy anything from Italy except spaghetti. The situation is the same for most countries. The only country that doesn’t have its own rocks is Ireland, and the only country that has no sand is Greenland. Most countries have no organized crime, so they really have no use for Italy.

Another cause is rapidly increasing development of Italian style restaurants throughout the United States and Britain. Spaghetti is used in many tasty dishes. Varieties of spaghetti include the rare but dainty angel hair (spaghettius finius). A second type of spaghetti is fettuccini (spaghettius fettus). The third and most popular spaghetti is the greater spaghetti plant (spaghettus spaghettius). Many other varieties exist, but these are the three most commonly used. On the note the massive increase in Italian restaurants, the never ending pasta bowl at Olive Garden accounts for 7 acres of spaghetti being destroyed each day to compensate for this gluttony.

Other causes include the cutting down of the fields to make room for cattle. This is somewhat ironic, because the increase in cattle actually cause a downward spiral of increased cutting. Beef is the major ingredient in many of the sauces used to add flavor to spaghetti, which is otherwise bland. Some land is actually burned and replaced with grass for the cattle to feed on. In other places the spaghetti is simply trampled underfoot. This comes under the universal truth that cows are stupid and should be outlawed.

The Effects
The effects of the spaghetti destruction are what is most shocking. The ethnic-Italians, are being systematically driven from their natural homes in the spaghetti fields. Many get ill and die as a result of exposure to diseases with which tier immune systems have never come into contact and from which they have no natural defenses. They are alienated from society and resort to alcoholism and prostitution. The cutting of the spaghetti leads to creations of a virtual desert. When the spaghetti is removed, what is left is only rocky and unfertile soil. Nothing can live there but Italians, sand, more rock, and the occasional cactus.

The most important thing to remember is that it is not just a few lants being wiped out but an entire ecosystem! The manicotti plant and the ziti weed are next for extinction.

The Solutions
The only solution is for Americans to step in and help. We must reduce our consumption of spaghetti. Well you say, “what about the Italians? If we ban spaghetti they will all starve to death.” My solution is to take what is left of Italy and build a land bridge half-way across the Atlantic. Then we can dump Arizona, New Mexico, and Colorado into our side of the Atlantic and finish our half of the bridge. “But what about the people who live in Arizona, New Mexico, and Colorado, where will they live?” We can send them all to North Dakota and Montana where no one lives.

Anyway, it’s up to us to make a change. We have to alter our consumption, and we have to come to realize that most of our southwest is made up of nothing but rock. Attached is the Italian Embassy in Washington. Write them in support of my plan.

Editor’s Disclaimer: As always, the views expressed in this column are Cadet Specht’s and his alone. Nobody endorses these ideas, and it is advised to NEVER try any of this at home.